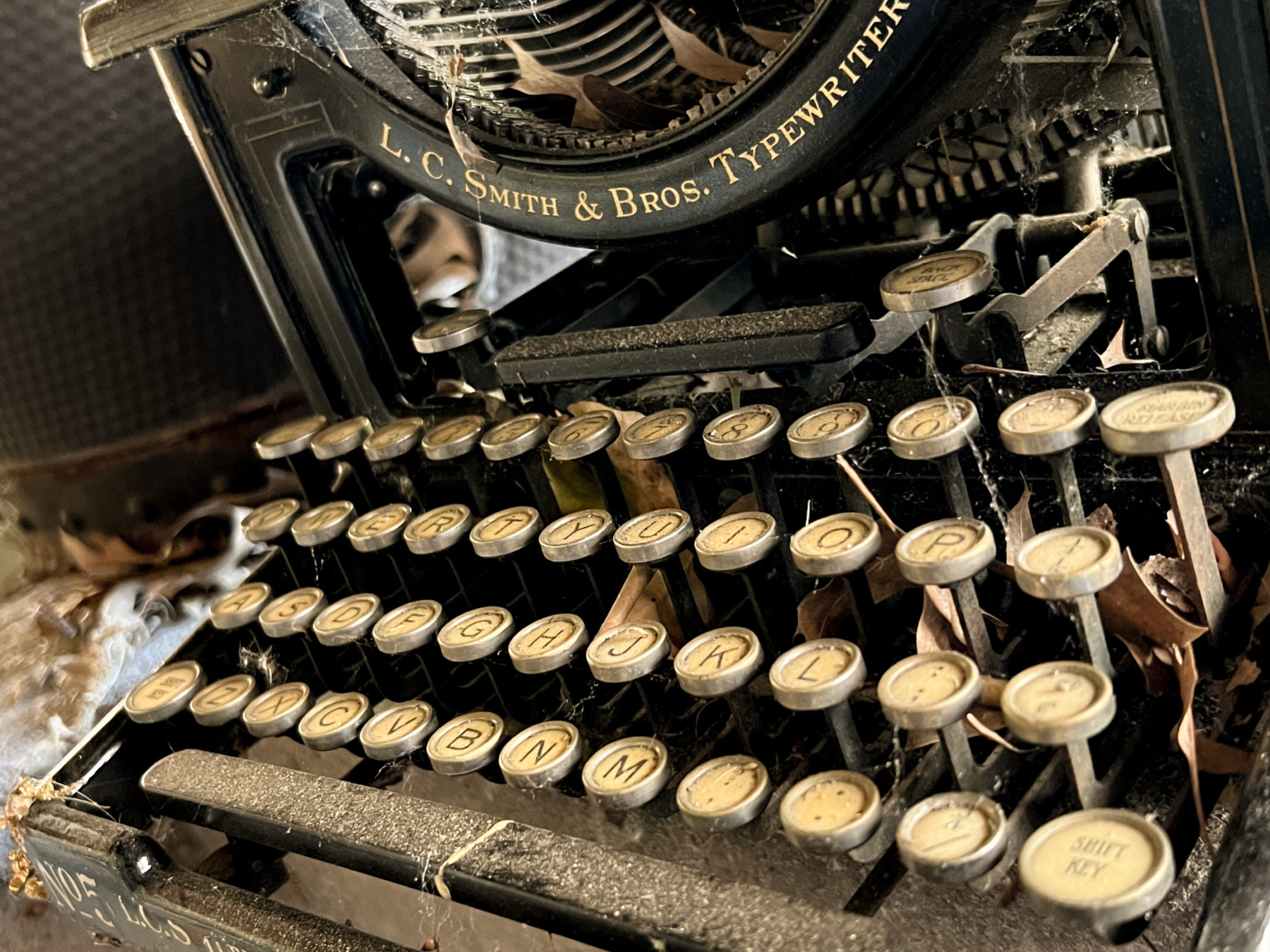 That’s what I was asked to do.  Not by an employer, or a professor, or even by the drunk guy sitting on the bench at the bus stop in front of the coffeehouse I’m typing this from (He’s yelling something about the Illuminati.).  I was told to FOLLOW THE MONEY by the modern oracle that has risen up in the place of gods and prophets, the authority held above all others.  I was told to FOLLOW THE MONEY by Facebook (Meta?) post that’s been cut and pasted no less than 20 times in my feed by different people.  A cut-and-paste full of numbers and conjecture, yet signifying nothing.

I’m not against a good conspiracy theory.  But, if you’re going to be gullible enough to believe in one, believe in one that makes sense.

The cut-and-paste in question, begging me to just FOLLOW THE MONEY, suggests that the Uvalde shooting is part of a liberal conspiracy to scare the public into passing comprehensive firearms legislation.

Who, this piece of creative nonfiction asks, would benefit most from sponsoring a school shooting in this country? Liberals clearly paid this person, took advantage of his mental illness, and pointed him towards the nearest schoolhouse, hoping he’d create a panic that results in gun legislation.

Then the post closes with “Let’s see how long it takes someone to fact check this,” since we know that the mere act of fact checking shows a bias that only proves the thing being fact checked is true.

I’m not here to fact check this piece though. I, like the people reposting it, want to know the truth about why someone would do something like this. So, I’m here to do exactly what the author implored me to do. I’m going to follow the money.

If we think about the money first, then we have to accept the notion that a liberal billionaire or group sponsoring a school shooting to effect a major change in gun laws is stupid at its core. Because we have proved as a country, time and again, Americans will never risk placing the slightest of obstacles to owning whatever guns, in whatever quantity, they want. No matter the tragedy, the left’s calls for gun control will go ignored, for the most part. Even if the relatively toothless bipartisan bill in Congress at the time of this writing passes, think of the number of shootings before this that resulted in nothing being done.

Even the most villainous of leftist billionaires would see that this is a poor investment.  So, where, if anywhere, does the money lead?

In the aftermath of the Uvalde shooting, the right has made a full court press to turn schools into protected spaces.  Their version of a protected space involves getting guns in the hands of “good” people, locking down schools tighter than airports, and training kids to expect, and react to, events that would send combat veterans home with therapy-worthy PTSD.

Let’s assume that, for the sake of our precious children, we agree to implement the most popular steps.  And let’s limit our discussion to public schools, since they must enact any policies that are made, regardless of how idiotic or unfunded the mandate is.

Secondly, I’m not a paid journalist or researcher. The extent of my research was Googling things safely behind the keyboard of my MacBook. In order to account for the fact my sources could be incorrect, I erred on the side of caution and used the lowest reasonable cost I could find, in most cases. This also doesn’t consider bulk discounts, group-buy discounts, finding stuff on the side of the road, or anything like that.

In their defense, Republicans and their friends have suggested the above items, but they haven’t given any suggestions for how they would enact or fund these actions. So this part is my conjecture of what these proposals look like if implemented. That being said, here’s how I see these proposals happening.

Let’s assume that we’re going to issue Glock 19 9mm handguns to each teacher.  It’s a pretty standard and reliable weapon.  Easy to fire and control.  It’s very accurate, and affordable.  We’ll supply two additional magazines and 100 rounds of ammunition each. We’ll also supply training, because we’re not just giving guns to people who don’t know how to use them.  EVERY teacher gets a gun (owned by the school and returned when no longer employed). You can’t have some teachers armed and some not.  You’d be opening yourself up to a lawsuit for putting kids in a classroom with someone who couldn’t protect them. Teachers can definitely bring their own gun if they want. That may even save us some money (though it still represents a gun purchase somewhere).

We’re going to buy each teacher a bullet proof vest and equip each school with an average 20 “bullet proof” ballistic blankets.  Then we’re encouraging parents to buy their kids special bullet proof backpacks.  Realistically, not every parent is going to do this.  They’re expensive and an affordable one is still pretty pricey.  So, we can only plan on half of the kids getting these.

Each school limits the rifles to 4 trained staff/guards.  They’ll probably want more, but let’s start small.  And obviously they’ll want AR-15’s.  It’s the most reliable rifle and offers great protection against assailants.  We know that because every talking head on Fox News tells us this every time someone says the general public doesn’t need to own them. They’ll each also need 2 additional magazines and 100 rounds of .556 ammo each.

This seems like a good start towards the Republican dream of safe fortresses for kids to learn in.

But what’s the cost associated with this modest beginning to a comprehensive school safety program that will eventually protect our children from both Marxist ideas and stray bullets?

What industry or trade organization could possibly benefit from this much money being spent as the result of the tragedies occurring in our schools? If you’re going to be gullible enough to believe in a conspiracy like this, at least believe the most logical version of it. (The answer, if you hadn’t already reached this conclusion, firearm and personal defense industry. It was obvious, right? Like, no misdirection or subtlety at all. Right?)

I’m not saying the NRA is paying school shooters.  I am certain they are not. I just took the advice of a random Facebook cut and paste, and I followed the money. However, while I don’t believe they are actively sponsoring mass shooting events, a dollar amount of this magnitude sheds light on why the response of NRA spokespersons and Republican legislators (pardon the redundancy) is to focus on these types of solutions, rather than some form of common-sense gun regulation.

Chris Cyr is a writer and nationally touring stand up comedian from St. Louis, Missouri. His album, “Adult Child of Children” will be released on Helium Records in September 2022.

← STFU
They Eat People In Illinois →

Some people in my neighborhood are playing Sims when they need to realize they’re living in GTA.

What if the classic 80’s show Diff’rent Strokes was about two emo orphans who moved in with a classic rock DJ? I’m incredibly honored to be a part of this moment in history.

The test was negative, but that gravelly sound was all positive.

“Christine” is a terrifying novel, but it’d also make a great dirty joke.

Last week at @wildcardcomedy’s open mic at @thecrowsnestbar, I tried this goofy premise. Maybe it has legs.

Last Tuesday’s @wildcardcomedy Showcase at @drinkplatypus was a lot of fun. Make sure you check out their next one.

It takes a lot to get me to pop by Soulard on a weekend night. So @eatcrowstl better realize how much I love them.

On 550 AM! Ray Hartmann’s gonna talk about Missouri politics, I bet.

I love it when a plan comes together…