Chris Cyr is a nationally touring stand-up comedian. He’s a regular feature and headliner at clubs, theaters, and independent shows around the country. Chris has been a contestant on NPR’s “Ask Me Another” (he lost) and was an expert commentator in a History Channel documentary (about zombies).

Sometimes cerebral, sometimes ridiculous, most times both. Chris combines his natural storytelling ability with his love of the absurd and leads audiences on a journey that immerses them in his world, and always ends with laughter. He has opened for Dick Gregory, Christopher Titus, Leanne Morgan, Kyle Kinane, Mark Normand, Preacher Lawson, and other national acts in venues ranging from small comedy clubs to 2,000 seat theaters.

Watch for Chris’s first album, to be released on Helium Records September 2022.

Click “Bio” to learn way too much information about him! 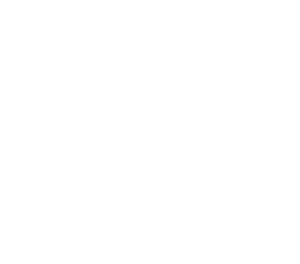 This new edition of MarioKart is crazy…

Breaking out an oldie but goodie for some upcoming festival sets. This joke has gone through so many changes since the first time I told it. It’s hard to believe it’s only a minute now. It just goes to show that you’re never done editing.

I had a great time at @therinokc for @catchatryingstar. What a great venue/show. You should check it out during @fountaincitycomedyfest!

“Two vast and trunkless legs of stone
Stand in the desert…. Near them, on the sand,
Half sunk, a shattered visage lies, whose frown,
And wrinkled lip, and sneer of cold command,
Tell that its sculptor well those passions read
Which yet survive, stamped on these lifeless things,
The hand that mocked them, and the heart that fed:
And on the pedestal these words appear:
'My name is Ozymandias, king of kings:
Look on my works, ye Mighty, and despair!'
Nothing beside remains.”

Anyone who sits at this table is doomed to die.

These images were generated by the deepest parts of your subconscious. They’re a signal that you’re safe, and your mind is protected from the neural programming perpetrated by the world consortium. Your parents love you and have paid dearly to keep you in stasis until the end of this deep space mission to find a new home. Sleep well. The future of humanity, or at least a happier version of it, is in your hands.

We’re just out here trying to figure out what to talk about on stage.

This is one of my favorite new bits to run when I want to have some fun. The whole set is an explanation about topics more experienced comics told me to stay away from in my work. So, I wanted to explain to the audience why they normally won’t hear jokes like this.

Can’t remember if I shared the final form of the park ranger joke. I’ve enjoyed documenting this joke’s development from a throw away one liner, to its merging with two other jokes, and finally a streamlined amalgamation of all those jokes into this single bit. There is a short tag that isn’t included here due to time, but hopefully this has been interested for anyone who’s seen the reposting. I’m working on a single video that shows this joke developing and I’ll post it somewhere that allows for longer videos.

To every house hunting show that has had someone saying “Imagine drinking your morning coffee here!”

Okay. Fine. You got me this time.